By the end of February 2013, there will be hundreds of thousands of students who are just getting comfortable in their Professional Writing and Editing courses they’ve signed on for the remaining year. Writing itself is not an uncommon hobby. So many people sign on to these courses because they want to get good at it. It doesn’t matter if you’ve got Einstein’s IQ or you’ve read your entire state library – every good writer out there had to learn from somewhere.

Where writer’s workshops and classes would once have been the only meaningful way an aspiring writer could get feedback on their work, we’re in the year after the world ended now, and life has gotten a hell of a lot easier for the budding writer.

I stumbled onto Critique Circle in 2011 with a handful of short stories I couldn’t even convince my friends to read, and within a couple of weeks I had six solid critiques on the first piece I submitted. The people critiquing, were, in most aspects, just like you – the aspiring writer – looking to improve and lift one’s abilities in writing. They don’t have a University curriculum to appease. They don’t have a rule book with guidelines that are comprised from hidden agendas. They are, in essence, great appreciators of storytelling and have an open mind when it comes to personal artistry.

And the critiquers are all different. In age. In gender. In life experience. You’ll get people reading your story from all over the world. This is important, because it gives you as much variety as possible. My system was to wait until the end of the critiquing period before I would go over everyone’s extensive inline edits / suggestions, and then filter through what I agreed and disagreed with.

Eventually, I wrote my first novel “The Park”, and began submitting its chapters late last year. During its course I formed many key friendships in the writing community, and CC became a gigantic source of information in all areas of writing and publishing.

I have since published The Park on Amazon this year, and have received a handful of positive reviews, some of which speak of how it’s been edited flawlessly. No, I don’t have some random stranger who took five hundred bucks off me to thank for that. Nor was it a five thousand dollar university course.

It was critique circle.

Every week, getting several different sets of eyes from brilliant aspiring authors, editing my work as vigorously and precise as if it was their own…

You can try this at home. 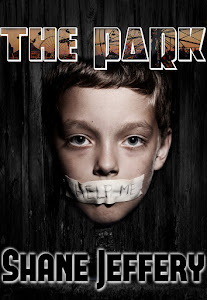