Editing Your Own Work

Hello there! Hopefully, you've read my other two blog posts, Beta Readers: Part One and Beta Readers: Part Two. If you haven't you can follow those two links and catch up. If you have, you may be wondering what to do next! You've developed relationships with your beta readers, you've gotten your feedback, and you have all of your notes. So now what? 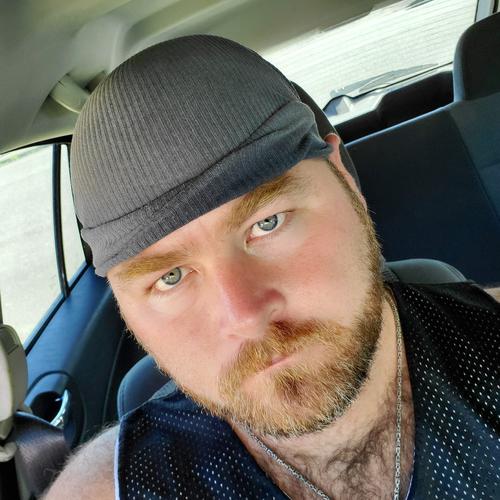 Hello there! Hopefully, you've read my other two blog posts, Beta Readers: Part One and Beta Readers: Part Two. If you haven't you can follow those two links and catch up. If you have, you may be wondering what to do next! You've developed relationships with your beta readers, you've gotten your feedback, and you have all of your notes. So now what?

Well, this is the part where you roll up your sleeves and get to work. I know, we've all heard it a million times; “You finished your manuscript? Now you get to edit it! Now you get to REALLY work!”

It is one of the truest thing you'll ever hear as a writer. As of this writing, I am only about half an hour or so outside of finishing the re-editing of my combined first trilogy. I've been working at it solid since December 3rd, 2018. All in all, I've edited over 337,000 words in just under two months, and it is the hardest thing I have ever done since I started writing. Compared to this, writing is a cakewalk.

So why do it? Why not just pay an editor to do it for you? I mean, that's their job, right?

Well, yes, it is. And people get paid for doing their jobs. In this case, the person doing the paying would be you. If your manuscript is long (Rising Thunder is 107,978 words, Thunderbolt is 107,323, and Storm's Break is 122,590), that can cost a pretty penny. I've had quotes of $1500-$2500 for thorough editing for each of my novels; the entire shebang would cost me nearly five grand, which is money I don't have to drop on such an endeavor, as nice as it would be to do so. So what's a fella (or filly) to do?

Well, you can cough up the dough and do it. One of the prevailing opinions (and it has its merits) is that a writer is unable to edit their own work, and it -must- be done by a professional, lest you risk releasing garbage into the world with your name on it.

If you're going the route of traditional publishing, well, then someone else is going to edit it for you anyways, so this blog post doesn't really apply to you. I jealously wish you luck, and I'm totally not making a voodoo doll to poke pins into out of jealousy for your fantastic achievment.

But if you're like me and you have other bills, other responsibilities, and a spouse looking over your shoulder wondering why we just dropped several months' income on editors, well, have I got a solution for you!

Editing is a skill. Just like any other skill, it can be learned, and it can be taught. I am going to come right out and say that when I started, I was a horrible editor; the state of all three of my novels is an attestation to that. However, as I worked on editing, I studied every single thing I could find on common mistakes writers make -as written by editors-. A fantastic one was written by an editor who worked for Random House.

Are these bad habits creeping into your writing?

There are plenty more, let me assure you. They are a valuable resource as to what editors are actually looking for as they read your work – not as in what they want to see, but what they are looking for to eliminate. If you can find those things and keep them in mind, then you've already improved your writing spectacularly. There will still be work to be done, of course, but that is an excellent first step.

I have worked very hard over the last three years on developing my editing skills, and it's only in the last six months or so that I would say that I've become adequate at the task. Not a master by any means; I am, of course, first and foremost a storyteller, followed closely by being a writer. However, any writer who wants to self publish (as I do) needs to know how to whip their manuscript into shape. So, without further ado, here is my method.

STEP ONE: Compile Your Notes

Start with the exact same copy that you gave your beta readers. Wait to make any revisions you plan to make until after you've gotten your feedback from them. Even if you have some major changes to make (Snowfall, for example, the next novel of mine set to be edited, will have one, maybe two chapters added), wait. Write your notes. Hell, write your chapter, but do it in a separate file. The reason you want to do this is so that whatever notes you have taken from your beta read feedback will actually -apply- to what you're working with.

Did one of your beta readers point out a bunch of grammar mistakes you made, or some punctuation you screwed up? Well, if you fix that on the way through as you're making your changes, that is going to slow you down. You'll be referencing your notes, looking through your text, trying to find a mistake that no longer exists. This will slow you down and cost you lots of time, as well as be super boring. Let's avoid being bored.

Once you have your beta notes compiled in a way that works for you, then you can move on. I personally prefer to break up my notes by chapter, the same way I break up my manuscript files. That way, I know that when I am done with that chapter's notes, I am done with those notes, and I won't have to dig through them again when moving on to the next section.

Once you have your notes compiled, go through and make any and all changes that your beta readers suggested and you agree with. Sometimes it's going to just be a reworded sentence. Sometimes it'll be the clipping of an entire paragraph or more. Whatever it is, if it doesn't modify the scope of the story too drastically (i.e. not necessarily developmental editing), then just make the changes, and do your best not to hit anything else. If there's a blatant misspelling or punctuation error that was obviously a typo, yeah, hit it, but try not to edit for flow, echoing, rhythm, etc. not yet. There is plenty of time for that later.

STEP THREE: Make Your Own Personal Revisions (if any)

This is where you would go through and add or remove major material. For me, there is a section at the end of Snowfall where I need to add something to make the last bit a bit more engaging. As it is, it falls a little flat and leaves the readers on a low note. However, I have just the thing to spruce it up! This is the point where I will add that part. My entire story has been revised according to my Beta Reader feedback, and now it's time for my own observations that I've made, based on what I've heard back from my team, as well as what I've considered by letting the manuscript ruminate for a while.

As always, pay close attention to your grammar, echoing, flow, etc. You'll want your added material to be at near-finished-form, so apply everything you've learned about proper storytelling to whatever you add.

STEP FOUR: Feed It To The Machine (optional)

I use Grammarly. I have paid for the year-long subscription, which gives me access to the deeper-dive features of the program. It's pretty fantastic, in my humble opinion; it has caught more things than I thought it would. Start at Chapter One and feed the program your writing. Read every word you wrote and consider every single suggestion. Dismiss the ones you don't like or don't agree with, and implement the ones that you do like.

For example, me, personally, I don't really mind passive voice too much. According to Grammarly, my work is riddled with it. When I read it over, however, it doesn't necessarily -read- like it's super passive. I will evaluate each suggestion, weight it out, and either click 'accept' or 'dismiss'. Again, go through your whole manuscript this way, and it is very important, READ. EVERY. WORD. If you see a mistake that Grammarly (or whatever program you're using) missed, then fix it!

This is the last step and the most tedious part, and I recommend taking a break before you get started. Go -all- the way back to Chapter One. Start at the first word.

Read it. Do it slowly. No, slower.

This is so that you focus on every single word, every quotation, every punctuation, every bit of formatting you've done, to make abundantly sure you've done it right. If you're still in your editing phase and you want to add more material, stop. Go back. Repeat steps three and four. Then start over. If you're not convinced that you've polished a chapter, start it over. Do it again. No major revisions (you're past that stage), just minor ones. Put the dialogue tag or action beat after the spoken sentence. Pick different words to eliminate echoing. Mix up those pesky pronouns that start a dozen paragraphs in a row. Apply that last grit of sandpaper to your project, then seal it. Finish your project.

Now move on to chapter two.

By this time, you will have gone over your work four times, systematically seeking out problems and setting your phasers to kill. The goal is that, by the time you finish this step, your manuscript is done.

And that's it. That's what I do. It'll take you time, it'll take patience, and there is definitely a learning curve. As you get more experienced with it, you'll get better. You may even look over your old manuscripts and think, “By the gods, what was I even DOING?”

What you were doing was developing a skill. It takes time to learn how to make a proper dovetail joint and your first ones will be sloppy. But after you've done a dozen of them and you're familiar with the tools and techniques, then they will improve. You'll learn what idiosyncrasies you have, what common mistakes you make, and you'll keep an eye out for them as you write, making your job easier next time. You'll learn how to use the tools you have to greater effect, and you'll be on the way to being a fully self-contained, self published author.