When it comes to power escalation, there are many advices; many formulas. There are often guidelines one should follow so as to avoid a cheap and uncaptivating power escalation. The formula that is perhaps most used and known, is the guideline where the power escalation corresponds to the character's growth.

When it comes to power escalation, there are many advices; many formulas. There are often guidelines one should follow so as to avoid a cheap and uncaptivating power escalation. The formula that is perhaps most used and known, is when the power escalation corresponds to the character's upwards growth. Their character and power arcs are aligned in a seemingly causal way. This way, their gaining of power seems deserved. Now, this can be done by the story demanding the character to be more pious, in order to be more powerful, which is very common for stories where the hero has to be a good guy. Other times, the order is reversed, so that their gain of power makes them more pious, through their realization of responsibility. This can go the other way, where the power corrupts them. Sometimes, the alignment between the character arc and power escalation isn't of a moral nature at all, yet is still about improvement. When Aang had to learn earthbending in the Avatar, he had to learn how to be steadfast and solid, like a rock. Not necessarily something pertaining to morality, yet an improvement nonetheless. To generalize it; he had to expand his abilities, become more versatile, learn a whole different way of being than what he was used to. So, what kind of power escalation am I talking about then? How is it different? Well, it's different in the way that it does not contain any improvement. In fact, it requires one to be worse, in order to attain the power. It is like the inverse of power corruption, where the corruption happens prior to or during the aqcuiring of power. It happens in order to acquire the power.

The show Vikings captures this well with many instances of characters gaining power this way. I wont give examples so as to avoid spoilers, but if you haven't seen the series and therefore lack any context to examplify this kind of power acquirance, think of Game of Thrones. Same thing happens a lot of the time there as well. Now, Vikings kind of deconstructs this power trope it heavily operates on, with a great line from Ragnar himself. A line that can become a mantra for anyone dealing with power escalation within a dark, mature and/or grimy story. It is the last line in a little lesson he gives to his son, and it goes like this: "Power is only given to those who are prepared to pick it up". 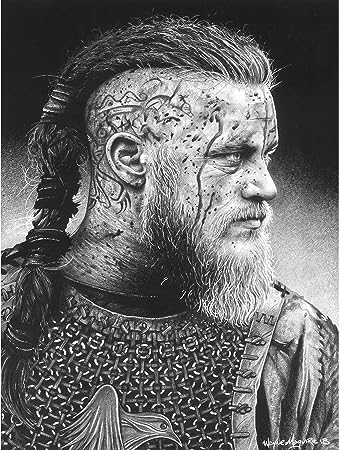 The character must pick up the power. They must crawl to attain it. They must break their own standards and principles, not in order to rise above, but to descend below. Only then can they get their power. This way of portraying power is much more realistic in my opinion. Of course, in many real-life cases, one must be morally better to get power. But very often, one must be morally worse. Think of usurpers, politicians and generally just leaders throughout history. There are of course exceptions, but they are exactly that, exceptions.

There is much great commentary to be made, many moral dillemmas to pose and many interesting arcs to create via this kind of power escalation. I am of course not saying it is the ultimate way of power escalation, nor am I saying it is this unknown, super uncommon way of doing power escalation. It just an alternative to the formula that I don't see talked about that often, not in the context of the Hero at least. And I believe there is much heroism to be found in compromising one's own soul in order to attain power, if gaining that power is necessary for a justifiable objective, like saving the world or something.

So, next time you're preparing a character's power escalation, consider Ragnar's words. Maybe this kind of power escalation is the right kind for exactly that situation?

Fascinating. There’s a whole flock of psychological, metaphysical, and ethical issues that can arise here.

Sorry, I have no idea what this is about. Never heard of power escalation and it doesn’t seem to be defined. Maybe it’s related to fantasy or war stories?

Thanks for your replies

Dougp, power escalation is a term mostly used in Fantasy and Anime I believe, but it applies to all stories where the power a character holds isn’t static. Xymethanol, I don’t see how I made my post out to be about the escalation of power in relation to the escalation of stakes. Perhaps my usage of “power escalation” made it seem like that was what I was talking about, but I was really just talking about how power shapes a narrative, both symbolically and plot-wise. I guess where the matter of stakes comes in in this post is how much of their morality is at stake.