What's Really Holding Your Writing Back

The fear of failure for many writers is so strong, it can cause the very best of us to quit mid-draft, procrastinate writing for weeks, or make the act of writing a misery.

But, there are simple techniques that can trick the brain into making writing easier and help anyone conquer the fear of failure. 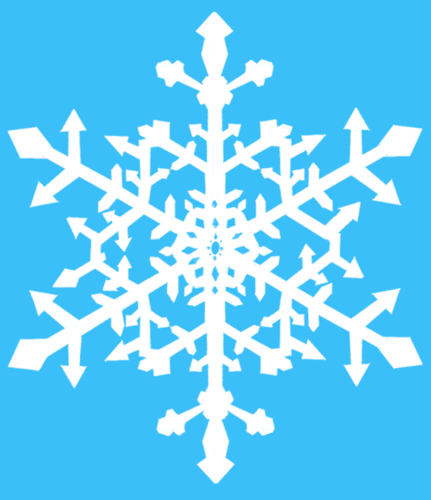 Today, we are finally talking about the elephant in the room. The heavyweight champion of broken writing goals, NaNoWriMo losses, and half-finished drafts. Nemesis No. 1.

Now, I hear a lot of you saying, "Pass! That's not me. I know I have to accept not all my writing will be great. First drafts are always terrible and all that. I'm just busy, or tired**, or distracted. I'm just a bit of a procrastinator."

I used to think the same. But let me know if any of this sounds familiar...

Let's zoom out for a moment. For anyone who's grown up in the western world particularly, there's an ongoing tally beat into our heads as we grow up. Let's call it the Achievement Meter. It starts with grade school, when your parents ask, "Did you get good grades?" Yes? Add a point to the meter. Positive reinforcement all around. Did you do well at sports practice? No? Take one away. Negative reinforcement, possibly with no dessert to boot. Highschool exacerbates the problem with the social pressure to achieve"romantically. Get a boyfriend, have friends worthy of a sit-com, and ivy-league level test scores. Don't achieve these and you are doomed for FOMO because you did not succeed. Finally, the working world demands a job you love, a high income, a house, working out daily, political-savviness, being a good cook, having kids... Are you having a panic attack yet?

And what does this have to do with writing? Well, the Achievement Meter creates a mindset, a habit of thinking as strong as any habit to brush your teeth or make your bed. It's tattooed into your noggin' from decades of use. If you're going to participate in any activity, you must "succeed." But as many of you know, even the best of first drafts in writing are not good enough to publish. They are inherently failures because that's what a draft is, it's a pre-step. They have typos, extraneous characters, or are just confused. Because of this, as you are writing your draft, your Achievement Meter starts to run the alarm: THIS ISN'T GOOD ENOUGH TO PUBLISH. WEE-OOOH. FAILURE WARNING. FAILURE IMMINENT. ABORT! ABORT!

The worst part is, like me, even if you are conscious that this is what your mind is doing, the Achievement Meter is so strong, the habit so ingrained, it can still derail you to quit mid-draft, avoid writing for weeks, or at least make the act of drafting a misery. This is why so many writers hate drafting and prefer editing or outlining. The act of fighting this cognitive habit creates such a painful dissonance in our heads, it makes us miserable. And again, that can lead to quitting in mid-draft to stave off the pain. In essence, the Achievement Meter, meant to spur us to success, almost guarantees failure in writing/creative pursuits.

How do we overcome this? Are we doomed to cry into our coffees as we draft?

I've never had a draft that was not painful on some level. But, fear can be a positive as well as a negative tool. For me, this hellscape year finally made my fear of dying without having published, stronger than my fear of writing something bad. If you don't want to go this route and pay for all the therapy it entails, I have another trick that worked for me.

Decide ahead of time your draft is bad, and I mean really decide. I called my draft my Trash Panda Book as I was writing it. No editing, just let all the worst of your skills and ideas take glorious shape on the page like a profane masterpiece of gross. Purposefully indulge in bad taste and things that make you embarrassed for yourself. Also, don't entertain fantasies of your draft seeing the light of day, or being read by anyone until it is done. For me, this was unusual. In the past, I would write the first act, get all excited, and have a family member read it to geek out over things. This was, supposedly, to motivate me to continue. But in actuality, this was my Achievement Meter looking to get a hit, to close that dissonance gap telling me my work was bad when it NEEDS TO BE GOOD! Inevitably, after my family member finished praising the incomplete draft and I had to finish the dang thing, the dissonance again reappeared and became too much to continue. So, do not show it to anyone until it is done. Do not talk about it, do not put it up on Creative Circle, or give it to your beta-readers just to see if you've got something. Let it be your dirty, little secret trash fire that you slowly kindle until you're done.

Because here's the trick. The Jedi mind magic on your own brain. Finishing a draft is achieving something. Whether your book is good or not, your Achievement Meter will realize, "Hey, I accomplished something! I now deserve happiness!" All of a sudden your trash fire will reveal itself as a glorious, finished draft, an achievement. Both you and your brain will be happy, and a book will be written. Win win.

Plus best of all, you will have literally conquered fear.

**PS. Don't let this be an excuse not to rest. There is a difference between resting and procrastination/fear feigning tiredness. Please, be discerning and value your health if in doubt. Live to write another day.

ahhh, that’s what was happening when i showed my work to other people. i couldn’t figure out why it was making me want to write less, instead of the other way around.
this is really eye-opening, thank you.

There’s a lot of truth in this post! I have exactly the same problem with dancing. Now I’m in my late sixties, my body won’t do what it used to. I kept struggling along to dance classes for a few years, but last year, I had to stop due to lockdown - and now I’ve decided that I won’t go back.

Friends say to me, “It doesn’t matter if you can’t do the moves correctly these days. Just enjoy what you can do!”

Nope. Can’t do it. I’ve spent my whole dance career having the mantras “never settle”, “always give it 110%” and “strive for perfection” drummed into me. I can’t step onto that floor and just “do what I can” - it goes against 50 years of conditioning. I can see how it applies to writing, too.

I’m not afraid of failure, which is familiar. I’m afraid of success.

Excellent blog post. I can relate to a lot of it. I like to think that I’ve conquered some of my perfectionism over the years.

Surprisingly insightful little blog. I experienced this first hand when I went NaNoWriMo extreme for a class project. We had periods where we could just dump words on the page for 20 minutes.

I took off all the pressure to write “well” and simply jumped in for quantity (it was sort of a competition of who could write the most). I knew that draft would be garbage, and that took the fear off my mind so I could write without restraint.

Surprisingly, that draft was (at times) on par with or above average for my first drafts. When I wrote it, it certainly felt like trash, but rereading after a week I realized it wasn’t as bad as I feared it would be. Sometimes we just need to let go and write.

Very insightful and I can fully relate. I’m often reluctant to write, because in my mind the draft, the words, the sentences are perfect, but when they lands on a piece of paper or a computer screen, ehh… not so much. Why then should I dismantle something perfect with my scribbling?

This is such a good post and honestly so helpful in understanding why we don’t create - how we think about it too much as well as what others might think. It your’s first and you don’t ever have to prove anything to anyone if you choose. This really helps me feel like I can love and live in any work I do myself and go on to make what I want.

As an undergraduate psych major, my focus was on the Fear of Failure (FOF) and the Fear of Success (FOS). The originator of NaNoWriMo wrote quite a bit on the critical editor many writers have in there heads and the need to turn it off (put it in a locked room, so to speak) during the month. That the critical editor could only be let out when the draft was complete and the writer was ready to edit and revise.

“…a profane masterpiece of gross.”

Ah, this really speaks to me.

I just submitted my first story, and now I’m wishing that maybe I had read this post first. I submitted chapter one of a story that I’m probably only a third of the way into? Give or take?

Oh well, just have to keep moving forward. (btw the story is in queue, so not available for critiques yet.)

This makes so much sense. I have completely stalled after receiving critique!

Thank you this is what I needed to hear right now. I’ve been working on this story for over a year and after my first published book didn’t go so well I was afraid to try again. But now I know no matter what I will finish this story and send it out to the world in the best possible way.

Finish the mine and then start digging and refining. You’re allowed to celebrate finishing the mine. You just aren’t allowed to profit from it until you finish the job.