I have an early memory of a computer program that’d convert text to speech. Spending hours attempting to get the computer to say anything I want. Arranging the letters in an effort to trick it so it’d pronounce the word or phrase correctly. The voice could be modified but only to a point. The parameters were basic, speed and pitch the only attenuations available, and the voice was only male. The version we had was software based and in the early 1980's it was state of the art. I remember learning about a system which was more like a musical instrument. They programmed enough sounds so that the device could be used to produce rudimentary re-creations. Primitive yet good enough to be decipherable.

I don’t want to assume that any of you work in a vacuum. Unfortunately I find myself working mostly without any outside interaction. With the exception of uploading a short piece to Critique Circle. Which I haven’t done as often as I’d like, due to timing or length of the current project being too long. Not to forget the process in which getting someone to read a work in progress. I’ve found it’s hit or miss. Either radio silence or they don’t ever get to it, then how do you approach them? Bartering works for many but how often can we rely on that? Most are busy just trying to fit everything in and get as many words on the page as possible.

Many years ago I began writing during my commute on a Palm Pilot, relying on character recognition. It did a reasonably good job capturing my intentions. It being my first draft, all I did was keep adding to it. With limited knowledge and lacking in bravery, I didn’t want to subject anyone to it. Where does that leave me and the many others in the same place? I know where it left me; in denial. I thought I was doing great, it took years to understand and figure out how bad I was. I did everything wrong, without checking. I read my work, but I lacked any formal training or mentoring. My work stayed poorly developed and I stopped writing.

Like many things, time progresses and so does technology. Years later I came across my writing. I saved it to a backup disk and discovered it while clearing out some old equipment. I took all of it and uploaded it to cloud storage. Since it was made accessible, I began reading through it. I still considered a lot of it poorly constructed. The positive was that it could be used as an outline, but I still lacked a lot of the basics or foundation. I became inspired by it and found the plot and theme worth using. I began breaking up the parts and forming individual stories or chapters. My status hadn't changed, I was still working in a bubble.

We move forward to where the technology has caught up and is still moving beyond. We now can have a seamless experience, consuming data as video, audio, word, and spoken word. Most of us either experienced or at least heard about "Books on Tape". It evolved into CD's and then ultimately downloadable with Content Management. A layer of protection so that content owners can retain the property and still make it available. Almost like magic to some of us and to others seamlessly integrated. I date myself when I share my perspective, like the Palm or when I even carried a Walkman.

Where did I want to take all of you? A part of me wanted to reminisce, another to show how far we've come in such a short time. I bring you to a point in my life where I could take my text and convert it seamlessly to spoken word. And have it read by a voice so lifelike it comes so close to a real person, the same technology used for GPS. Even more available due to our handsets being made accessible by persons with disabilities. These features built directly into the hardware and software.

Developers have jumped in and we have third party apps that have a variety of features. We can copy text, scan a photo, and convert a PDF and have any or all of it read to us. The power lies when you can paste in your own work and have it read to you. I've found so many problems with my own work which has given me the ability to make corrections. It allows me to hear the beat structure, detect a character's voice or lack of, and many others. I've on occasion been surprised by how good something is. Which gives me the encouragement to carry on and try to become more consistent.

I hope the time it took for you to read this has brought value. Any time away from conducting research, outlining, or writing has to be a meaningful pursuit. I wish you the very best in all of your efforts. I believe, if someone is committed in telling a story they should be equally committed to learning how to do it in the best possible way.

I also do exactly this! Very helpful. At some point I’d like to also get human beings to read it for me to see if they get confused by any of the sentences though. Computers never get confused.

Text to speech can definitely reveal mistakes invisible to the eye. It’s also invaluable for revealing when a sentence sounds odd. I consider text to speech an invaluable tool for editing.

When I was editing my books I used the Read Text extension for LibreOffice:

I found it a great help for spotting SPaG errors.

I was using Natural Reader Online Plus. They have a couple of very realistic voices. However recently when I renewed my subscription they had instituted a character limit per month which renders it pretty much useless for me. I have the old downloadable version but the voices aren’t as good. If anyone has a suggestion for a good program, please advise.

I just use the inbuilt feature in Word. It’s not brilliant but it does the basics for finding clunky sentences and other errors. The pronunciation of some words (especially made-up ones for sci-fi) can be absolutely hilarious at times.

I only recently found out that you can vary the voices and reading speed though. It’s amazing how different a story sounds in a different voice!

Both LibreOffice and Read text are free

I write in Microsoft One Note, which comes by default with Windows 10. The special Windows 10 version has a very good text to speech function under the View tab. Called Immersive Reader, it employs AI and neural networking to mimic human speech, so it gives really good sounding speech, and there is no limit. I’ve been using this for years, and it is, as others have said, invaluable in catching mistakes my eye misses.

For reading online text I have used the Chrome extension Read Aloud for a long time and I’m very happly with it. I have it read just about anything that can be loaded into the Chrome browser, including Google Docs and pages of my website or other websites.
Stephen

How do you access the built-in feature in Word? I don’t have it. I have a Mac, I wonder if that’s why.

I select Read Aloud under the ‘Review’ Tab once a word doc is opened.
I had to google to find the instructions, so maybe google to see if a similar option is available with your own setup?

Oh wow, that’s great! Thank you! And it doesn’t sound bad, either. 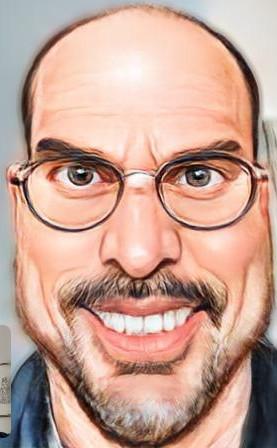